In light of International Biodiversity Day we will be sharing key facts to highlight the importance of biodiversity and outline current biodiversity issues that are putting the health of our ecosystem at risk. We aim to provide you with the facts, knowledge and awareness of the threats to biodiversity. In the words of this year’s slogan for IDB 2020, ‘‘Our solutions are in nature’’ and we should celebrate today by acknowledging the ways we can work together at all levels to build a future of life in harmony with nature.

What is biodiversity and why is it important?

The variety of life on Earth, its biological diversity is commonly referred to as biodiversity. The number of species of plants, animals, and microorganisms, the enormous diversity of genes in these species, the different ecosystems on the planet. This includes deserts, rainforests and coral reefs are all part of a biologically diverse Earth. Biodiversity is important because it boosts ecosystem productivity where each species all have an important role to play. A healthy biodiversity provides many natural services that are beneficial for everyone. For example, our ecosystem services such as pollution breakdown and absorption and protection of water resources. It produces biological resources such as food, medicinal resources and pharmaceutical drugs, ornamental plants and so on. Additionally there are social benefits that provide us with the opportunity to research and educate, recreation and tourism and also offers cultural values. Biodiversity resources are the pillars upon which we build our civilisation, and that is why it is important to maintain biodiversity.

There are many long term negative impacts if we lose biodiversity. A few examples include it being vey economically expensive to restore if ecosystems deteriorate to an unstable level. Aside from money, losing knowledge is priceless. If a species is lost due to our interference in its ecosystem, we also lose the ability to study it for possible benefits to mankind. Biodiversity means millions of people face a future where food supplies are more vulnerable to pests and disease, and where fresh water is in irregular or short supply. As a society we are responsible for our actions, it is our duty to protect the natural resource that Mother Earth has provided us.

Below we will explore some major threats to biodiversity, learn more about what is impacting biodiversity and preventing a healthy ecosystem. Read more to dig a little deeper as to why it is important to maintain biodiversity:

1. Consequences of climate change on biodiversity

The rise of temperature has a major impact on our environment. Change in the duration of seasons, increase in sea levels, glaciers retreating. Find out more about what is causing the increase in temperature in our atmosphere and how we can help reduce climate change here.

As a result of the earth warming, organisms have already adapted by expanding their ranges in latitudes. Because of this behaviour, many species’ populations have declined. In ‘Wildlife in a warming world, the effect of climate change on biodiversity’ it examines 80,000 species in 35 of the world’s most diverse and naturally wildlife-rich areas. According to the report, up to half plant and animal species in the world’s most naturally rich areas. This includes areas such as the Amazon and the Galapagos, could face local extinction by the turn of the century due to climate change if carbon emissions continue to rise unchecked.

2. Consequences of Deforestation and Desertification on Biodiversity

At the current time, thirteen million hectares of forests are being lost every year while the persistent degradation of drylands has led to the desertification of 3.6 billion hectares. Even though up to 15% of land is currently under protection, biodiversity is still at risk. Deforestation and desertification caused by human activities and climate change pose major challenges to sustainable development. Consequently have affected the lives and livelihoods of millions of people in the fight against poverty.

Three-quarters of the land-based environment has been significantly altered by human actions. The average abundance of native species in most major land-based habitats has fallen by at least 20 per cent, mostly since 1900.

3. Consequences of Habitat Loss and Degradation on Biodiversity

Habitat loss refers to changes in the environment that result in the rendering of a specific habitat to be functionally valuable. The habitat can no longer accommodate and support the life of the organisms present, thereby declining their population.

Habitat loss may either be caused by natural events or anthropogenic activities like deforestation and man-induced climate change. In the process of habitat degradation, the organisms that were once living in a particular area or region are displaced and are forced to relocate. Thus resulting in biodiversity reduction. It is important to be aware that, man-made efforts are the prime reasons for habitat loss. Habitat fragmentation occurs when previously connected habitat is split up by human developments such as urban areas, agricultural fields, logging and roads.

4. Consequence of Invasive Species on Biodiversity

Similarly, invasive species is another major threat to biodiversity. Approximately 42 percent of threatened or endangered species are at risk due to invasive species. Human health and economies are also at risk from those invasive species. Many of our commercial, agricultural, and recreational activities depend on healthy native ecosystems.

5. Consequences of Overexploitation on Biodiversity

Overharvesting, overfishing, and overhunting are some examples of overexploitation. Overharvesting stems from several factors, including an exponential increase in the human population, expanding markets. Likewise an increasing demand, and improved access and techniques for capture. Overharvesting can lead to resource destruction, including extinction at the population level and even extinction of whole species. Depleting the numbers or amount of certain resources can also change their quality. Furthermore, it directly impacts humans too, for example by decreasing the biodiversity necessary for medicinal resources.

What can we do?

It may be frightening to know all the damaging effects that our planet, animals and civilisation is facing as due to the loss of biodiversity. However, it is not too late to help. We can become educators and role models as stewards of the environment by aiding in the recovery of species at risk and preventing other species from becoming at risk. Check out the list to below to find out how you can tackle some of the major threats to biodiversity: 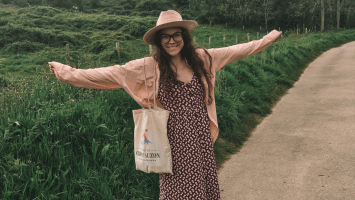 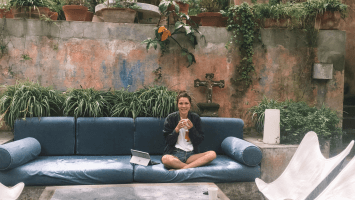 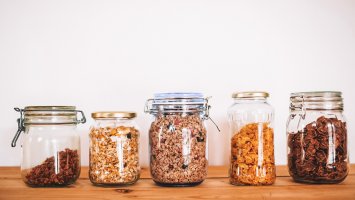