While watching A Turtle’s Tale: Sammy’s Adventures the other day – No judgement please – I actually realised that even cartoons were now highlighting sustainability issues. I was thrilled! I first thought about only sharing a Facebook post on that matter and than realised that it would not be enough.

Indeed, Disney has been denouncing ethical issues in the past but I feel like nobody ever really trusted them to share such messages. Even worse, I read a few article that claimed that the company was spreading anti-feminist messages.

To be honest, It could be true depending on your approach. In this article I would like to adopt a new perspective and look at it form an ethical and sustainable point of view. Keep reading to see my own interpretation of cartoons.

Two scenes of that movie are particularly shocking. The first one is the oil spill. A leak occurs in a boat and the undersea world gets all panicked and our turtle hero gets lost. What a best way to underline the disaster that suck leakage occurs?

The second scene, when Sammy gets attacked by a plastic bag is also meaningful. His head is stuck in the bag and he can’t get free without external help. We all know it is a fact. We learned in the news that whales died because they had swallowed plastic bags (article from the guardian here)  and that turtles perished stuck in them (the Independent article: here).

Thus, I believe that cartoons are a great channels to highlight those terrible facts to younger generations. They are more adapted and are a more effective support to communicate to this audience.

Cartoons are key to education

According to a literature review driven by Emin Ibili and Sami Sahin (Department of Computer Education and Educational Technology of the Faculty of Education in Gazi University in Turkey.), cartoons are an amazing way to teach kids. When used on top of a traditional class, they improve substantially the learning process.

Thus, showing cartoons about ethics and sustainability to children is a great way to educate them. It catches their attention and that is something they remember and take seriously.

That learning model works under the condition that we discuss with them after the projection. I never understood the power of  Mulan fighting for the rights of women in the Chinese society when I first watched it. However, now that I thought about it in the light of my current knowledge, it makes lot of sense.

We could change mentalities by teaching sustainability so early and in such an efficient way to kids!

The younger the better

Behavioral imitation, empathy, and moral sentiments may be part of (the imitation learning process).

Indeed, as ANDREW N MELTZOFF (Department of Psychology, University of Washington) explained in his research, kids learn very early by imitating their parents…

Therefor, if we try to teach them very young about sustainability, it would be even more efficient. Let’s play a cartoon for them, make a parallel with real facts and behave in a sustainable manner full time in front of them. As a result, they will be fully educated and equipped to fight for a better world.

Other cartoons that highlight ethical issues

Cinderella: a story about modern slavery!

A person locked in a manor working for free and poorly treated, how is it called? Slavery! We cannot miss that aspect anymore. What about if we make a parallel with Cinderella doing laundry and workers stuck in Pakistani sweatshops? It can sound a bit extreme but the gap is not so huge. I could totally take that example to teach to children that all work deserve a fair pay and basic safety, including safe working conditions.

I would assume that you watched bambi like pretty much all children in western countries. I would also bet on the fact you were really upset and maybe even cried when the mum dies. Do you remember who killed her? Hunters! And what are hunters after? Meat!

I know that if we use that cartoon to support a cruelty-free education, it would be more than efficient. It is straight forward!

Probably the most obvious cartoon about waste management! Let’s review it: 700 years from us, earth fully covered of carbage! Project that to a kid, tell him it does happen in some places and try to reduce your waste on a daily basis. There is a high chance that this child limits its own when adult.

I hope this article gave you an idea about how we could use cartoon to ensure that the next generation adopts a more ethical and sustainable lifestyle. I don’t have kids yet but it is definitely something I will try. Those Cartoons will be on the top of my list! Do you have any other movies you think would be meaningful? Share it with me in a comment!

This article is written by Marine, our founder! 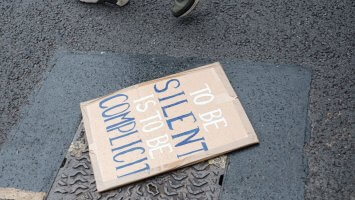 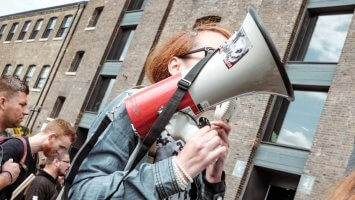 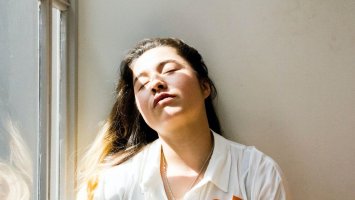 “Why cartoons about sustainable & ethical lifestyle are so important?”